Why We're Not on the Moon Now

As we celebrate the 50th anniversary of the first humans to walk on the Moon, you might notice we aren’t celebrating  it  on the Moon. Why? Having achieved the greatest feat in human history, why is all we have to show for it flags, footprints, and footage? 50 years after the Wright Brothers, anyone could buy a ticket to fly around the world. 50 years after Henry Ford’s first Model T, regular people around the world were driving their own cars. 50 years after Apollo, we’ve got a few government employees orbiting around this world and no one flying to the Moon, let alone any of us.

Why? Two simple reasons: Who’s in charge, and their goal.

The Wright Brothers were citizen engineers who wanted to open the sky so the people could fly. And they did. Ford was a businessman who wanted to give people the freedom to travel. And he did. The US government wanted to beat the Russians to the Moon. And it did. It’s that simple. NASA achieved its goal – but it wasn’t opening the Moon or the Solar System to the people, no; the goal was just to get that amazing propaganda shot on the TV for all to see. We won! We won! Look at us! We won! And…we’re done.

The reason there is no one on the Moon and Mars today to celebrate Neil and Buzz taking those small steps is because the goal of the Apollo program was to create a historic moment, not to change the course of history. And while it did both to some degree, imagine if, instead, the goal of that heroic effort had been to open the Solar System to the people of Earth. Who knows where we’d be today and how many of us would be somewhere out there, far from Earth?

Word is that we are going back to the Moon (again). This time we have two groups leading the way – NASA and the private sector. And while both say their goal is “to stay,” in actuality, they have different reasons.

NASA is going because the current administration wants to say they took us back to the Moon. Thus the 2024 deadline, which happens to be the end of what might be this president’s second term if he wins the upcoming 2020 election. Some NASA supporters would also like the agency to practice its Mars exploration skills on a planetary surface close to home.

The private sector is going because it wants to expand humanity into the Solar System, thereby developing new markets, and new economic opportunities. Thus, while the timeframe matters, planting a flag is not relevant. While Musk also wants to go on to Mars, Bezos and others such as myself see the Moon not just as a place to practice exploration, but to learn how to harvest resources, develop industries, and build communities.

Whatever the political motivations, NASA’s marching orders are to get back to the Moon by 2024. Meanwhile, those of us working to open the frontier permanently are driven by basic economics and market forces to move as quickly and efficiently as possible, so returning sooner is better than later.

We can all win. To return to the Moon quickly, efficiently, and in a way that both establishes a sustainable and growing human community, while supporting Solar System exploration we must first do these things:

I was a child when we went to the Moon the first time. I want my child to have the chance to go there herself. In fact I want her and the children of Earth to be able to live there or anyplace else in the Solar System she chooses. This is a far better legacy than giving her a memory of what we once did but can’t do anymore. It’s time to return to the Moon, and this time, We Stay. 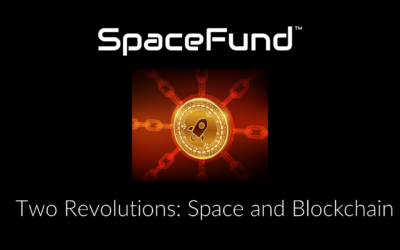